VMblog recently came across a Vancouver-based software company called mimik which has developed and launched a platform to extend the cloud to the edge.  Unlike others, mimik’s approach is not about new hardware or specialized edge cloud hosting service.  Instead, the company offers a platform for transforming cloud-based applications to enable existing computing devices to act as cloud server nodes at the edge of the network, when plausible.  To learn more, we spoke with Siavash Alamouti, the company’s president and CEO.

VMblog:  In order to kick things off and set the stage, why don’t we begin by telling readers a bit more about mimik.

Siavash Alamouti:  mimik technology, Inc. is a business to business software company. mimik’s mission is to help enterprises and software developers optimize application development, deployment, and maintenance and optimally protect their data using edge cloud. mimik’s long-term vision is to extend the cloud to the edge to create a larger, faster, and more efficient cloud with better data privacy; i.e., the edge cloud. An edge cloud is formed when computing devices that are commonly used as client devices such as PCs, smart phones, game consoles, or networking equipment such as routers, gateways, set-top boxes, and cellular base stations, can act as cloud servers, working seamlessly with servers in data centers (aka Central Cloud) to host and service applications. With mimik public, private and edge work together as a single hybrid cloud fabric.

VMblog:  What are the benefits of edge cloud?

Alamouti:  We are amid a transition from mobile internet to a hyper connected internet with over 200 billion connected devices and millions of applications and systems connecting and communicating with each other across domains driven by data and artificial intelligence. The enterprise cloud transformation, Internet of Things (IoT) and 5G trends have been driving the proliferation of smart devices at the edge. As a result, internet bandwidth and computing resources in centralized data centers are straining to keep up with the huge amounts of new data coming from connected devices at the edge of the network. At the same time, client applications are becoming more complex and more difficult to develop, update and maintain.

To address these challenges, mimik’s platform enables all devices with computing resources such as PCs, smartphones, routers, game consoles, and IoT gateways to act as cloud servers when feasible. mimik’s edge cloud platform transforms cloud applications from a fixed client-server architecture where server functionality is limited to servers in data centers to a distributed architecture; enabling so-called “client” devices to act as servers when feasible.

Today, mimik’s platform and edgeSDK are being used to build faster and more efficient multi-player games, innovative mobile health and fitness services, and even turn laptops and dongles into base stations acting as cloud servers for cost-effective internet access in rural areas with limited communications services.

VMblog:  What can you do with mimik that was previously not possible?

VMblog:  And how is mimik different from competitors?

Alamouti:  mimik is the only company with a true edge cloud platform that’s deployed by customers and works seamlessly across operating systems, networks and public/private cloud. Developers do not need to learn any new development language or tools. mimik edgeSDK is optimized for all major OS(s) including:

For mimik, edge means any device with OS, compute, storage and connectivity.

VMblog:  How is mimik different from fog computing?

Alamouti:  In the hyper-connected world, systems trigger actions. Every action may have a reaction that may lead to a transaction. There are a few important questions: What triggers an action? Where are these triggers generated? How do we enable these triggers to be processed as close as possible to where they’re generated?  How do we enable reactions to be communicated to trigger the next set of transactions? In such a world, we can’t scale by processing every trigger, action, reaction and consequential transaction through central cloud. Fog computing’s answer is to create new boxes to offload processing close to where the data is generated through an edge gateway or a fog computing node. However, any computing device with an OS that can run a “client” application can also generate trfor actions, and process transactions close to where they need to happen. The mimik edgeCloud platform works seamlessly with public and private cloud across operating systems and networks without a need for a dedicated gateway. In effect, mimik enables any computing device to act as a “fog computing” gateway that can host any application (beyond IoT), reducing the need for additional dedicated hardware, reducing deployment and management costs, improving data privacy and improving latency and bandwidth efficiency.

VMblog:  Are there any security implications of this architecture?

Alamouti:  At the edge, security becomes a crucial aspect of how microservices communicate. Certain elements like firewalls, and network partitioning are very common in central cloud but don’t generally exist on the edge. Therefore, it is necessary for us to handle the following five levels of security:

VMblog:  Who are the current customers and benefits experienced?

Alamouti:  Some current customer examples and benefits experienced include:

VMblog:  As technologists, we’re always after the next big thing – what does mimik think comes after edge cloud?

Alamouti:  Edge cloud is the necessary foundation to enable the hyper-connected internet and X2X communication. The next generation of applications will be cross-domain applications that will change the way we produce and consume information and interact with things around us, such as data rights, privacy and monetization for users with data as a currency, and methods to verify accuracy of information, and prevent disinformation.

Siavash Alamouti is President & CEO at mimik. Prior to mimik he was the Group R&D Director for Vodafone where he managed R&D, corporate venture and IPR for the entire group. Before Vodafone, he was an Intel Fellow and CTO of The Mobile Wireless Group where he championed Mobile WiMAX and WiGig technologies. Prior to Intel he was the CTO at the start-up company Vivato (the first smart antenna Wi-Fi company) and before Vivato, he worked in various capacities at Cadence Design Systems, AT&T Wireless, and MPR Teltech. 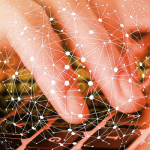 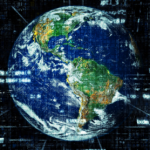 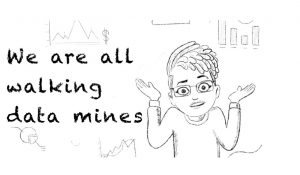 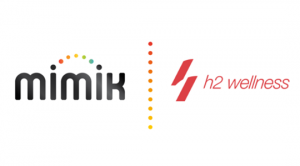 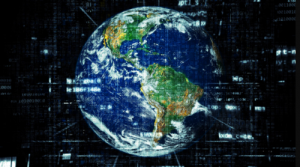