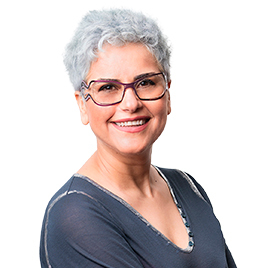 Fay is the Founder of mimik and has been the president and CEO of the company since January 2020. She founded the company as Disternet, which was later rebranded to mimik.

While incubating mimik; Fay was also the CEO of a group of mobile companies under Nantworks, including Tensorcom, NantMobile, and Mobile Genomic Health, leading the consumerization health solutions between 2014 – 2016.

Prior to NantWorks, Fay was the CEO of Vodafone xone. Fay successfully launched Vodafone xone in Silicon Valley in September 2011, which became the global incubation center of the Vodafone Group and the beta brand for Vodafone consumers in the UK, Italy, Spain, Germany, and Egypt. Fay spearheaded the partnership work with emerging and disruptive technologies to enable start-up companies to develop, test, and prepare for commercial deployment in global markets. Additionally, her role expanded to lead Vodafone Ventures, the strategic corporate venture capital arm of Vodafone Group. Fay was also the President of Vodafone Americas Foundation, an outreach program whose mission is to mobilize communities to resolve shared problems and to enable mobile technology to advance social change in addition to exceptional leadership and vision. Prior to Vodafone, Fay was the co-founder and CEO of two other start-up companies L3 Technology, Mobidia that was acquired by App Annie Inc.

Fay is an official member of the Forbes Technology Council. Fay has been granted many patents. In 2020 she was named by Linux Foundation and State of the Edge as the Edge Woman of the Year, she was recognized as the 2018 Alumni of the year at Concordia University. In 2014, she was named by San Francisco Business Week as one of the most influential women business leaders in Silicon Valley. In 2007, she was the Canadian technology and innovation representative to the White House. Fay received the distinguished Business in Vancouver’s 2006 “Top 40 Under 40″ award presented to outstanding leaders in their chosen fields.

Fay is a highly sought-after global speaker, and industry thought leader given her specialization in digital communications, software applications, and protocol development. Fay is also currently the Executive Chairman of H2 Wellness and Advisor to StudyTracks.