Some companies are already using edge computing, shifting data processing to the edge of the network. Could this technology change the current computer model?

Edge computing is shown as a plausible solution to solve the capacity and latency problems that the enormous growth of data traffic can generate in the coming years. 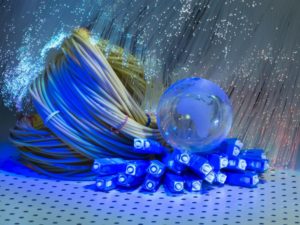 In the previous installment of this report we explained what is the edge computing and cited some of the advantages, as well as the difficulties that this technology can find in its deployment.

But what is it for and how is it already using edge computing? “We have references in several fields of application. An interesting case is the use of these technologies in the design of intelligent buildings. Another relevant case is that of a company that manages wind turbine networks. Each hour of unforeseen shutdown of these generators entails penalties of the operators thereof with the companies that commercialize the generated energy. Through the use of machine learning techniques—at the end of the network—and deep learning—in the data centers—the company in question is able to avoid these penalties, improving the profitability of the investment in this project,” explains Ignacio Arrieta, pre-sales manager for commercial Spain & Portugal of Dell EMC.

Carlos Clerencia, country manager of Intel Iberia, points out that “we are seeing many advances in retail, where the behavior of customers within the store is analyzed, interacting with them through digital signage and mobile applications, achieving greater loyalty. There is also a lot of work being done in smart cities, where aspects such as traffic regulation, energy saving, citizen security are addressed, to name a few. The industrial sector is also making great profits with the automation of the factories.

Also, Jorge Jiménez, product manager Iberia IT Division of Schneider Electric, says that “there are many organizations that use this type of technology, most retailers, such as fashion stores or fast food companies, which already have small solutions in their different locations Many industries also have micro data centers distributed by their plants to guarantee production. ” However, he points out that in many companies it is still necessary to “compact and standardize this type of solutions to guarantee maximum security and availability, but also to simplify the ecosystem and, therefore, the management of problems”.

On the other hand, Siavash Alamouti, CEO of mimik, indicates that “some basic forms of edge computing are already being applied. For example, most applications are performing more and more functions on edge devices. The storage of data on Facebook is a good example. There are also some vertical applications doing this, such as some peer-to-peer or shared storage applications. The next step is to extend this concept further and make the edge nodes communicate directly, collaborate and share results. This has been our focus in mimik. We have shared our SDK with some partners and soon we will see applications that use distributed edge cloud .”

Bringing the computer to the end of the network can lead to a change in data traffic and the current model of computing. “As telecommunications providers prepare for the IoT explosion, they will need to increase their infrastructure. Not only in terms of access and transport, but also in terms of how they connect to the cloud. The future demand will be immense and the efficiency of bandwidth and latency will be a great challenge. History has shown that Moore’s law on computing is at least twice as fast in the case of bandwidth. Thus, even if the number of devices does not vary, networks will always be a bottleneck. If the cloud architecture remains as it is and the edge devices have to send all their data to the central cloud, the networks will be saturated and the existing infrastructure will not be able to scale,” says mimik’s CEO.

Moving data processing to the end of the network could take away the ownership of the companies that own the main cloud computing platforms, diverting part of the business to the companies in charge of controlling and managing a set of IoT devices. In this scenario, telecom operators get hold of much of the pie. Different IoT device management platforms are emerging. The devices need to be managed and the collected data needs to be analyzed. And this requires a coordination of the cloud with the network. The operators have a huge opportunity with the arrival of the 5G to position