Do the right thing, all the time: an interview with siavash alamouti 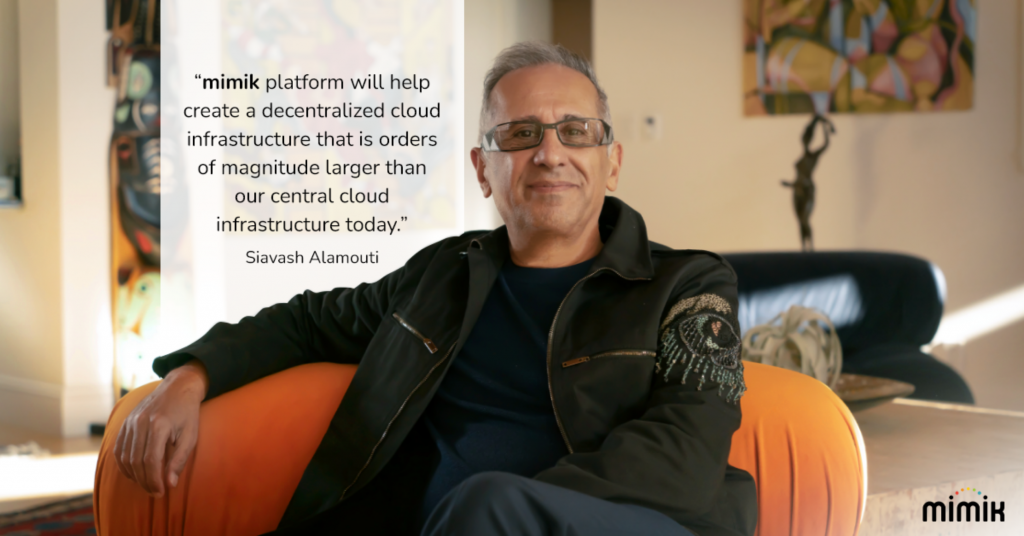 2022 Marconi Fellow Siavash Alamouti digs into his career, technical contributions, and perspective on the future of the Internet.

1. Congratulations on becoming the 2022 Marconi Fellow! What does this award mean to you?

This award means the world to me. I have always admired the Marconi Society and its mission to connect people and democratize access to information. I feel honored to have been considered and selected and I’m excited to work with other Marconi Fellows to bring long-lasting, positive impact.

We have a long way to go to make the Internet available to everyone on the planet and to ensure that we provide equal access to information and learning as it was originally envisioned. Equally important, I’m also excited to explore creative and out-of-the-box ways to curtail the rising spread of disinformation in collaboration with some of the most experienced and influential people in technology.

2. Tell us about the period of your career when you developed the Alamouti Code. What was going on in communications technology at the time, and why did you want to solve this problem?

I developed the Alamouti Code in 1996 when I was working at AT&T Wireless Services in Redmond, Washington as a Senior Scientist. I was working on a multi-billion-dollar stealth project (called Project Angel) for fixed wireless access. AT&T was planning to deploy this service across the United States. The business model for that project was very challenging. It required a transceiver box to be installed on every home, which then had to communicate with base stations, one of which was installed for every two km square coverage area.

To meet the strict outage requirements, we had to ensure signals could be received with good quality. To do this, our propagation tests concluded we required at least four receivers on each residential home unit. It was very expensive to add four receivers, so I started looking at the possibility of installing two transmitters at the base stations and only two receivers at the home units. We already had two antennas and receiver chains on the base stations. We could add a transmitter chain to the base stations and save hundreds of millions of dollars in extra transceiver costs in residential units. This is what the so-called Alamouti code enabled.

The concept was then applied to mobile phones and eventually almost all wireless devices that were even more cost and size sensitive. Two bright Texas Instruments engineers took the code and designed it into the physical layer standard for 3G, and it was eventually adopted into almost every wireless standard to improve signal reception. To summarize, the impact of the Alamouti Code was less expensive and smaller wireless devices with significantly better signal reception.

3. Throughout your career, you’ve focused on improving people’s lives through technology. Can you tell us more about this and the driving forces and lived experience behind it?

In 1979, at a very young age, like most Iranians, I became the victim of religious fundamentalism and the Islamic Revolution in Iran. I was raised in a highly educated family with progressive social values and could not believe how a country that was on a rapid path of modernization was taken back centuries overnight. I and most of the Iranian intellectuals and university students at the time became targets of the new regime. I was among thousands of students who were expelled from universities after the Islamic Cultural Revolution in 1980.

I was lucky to eventually escape the country in 1982 but lost many friends and loved ones during that time and today the nightmare continues. I witnessed how religious fundamentalism, superstition, and ignorance can destroy people’s lives and made it a mission for myself to do all in my power to help change that. Apart from my technology endeavors, I have always been active in the community to fight ignorance, misinformation, and superstition. I, along with many colleagues and friends, have worked relentlessly to provide equal access to facts and information so that people are armed with the right information to do the right thing for themselves and society. In my mind, doing the right thing means working towards personal freedom, peace, health, and global collective prosperity.

4. You were an important early leader who advocated for open standards for the Internet, and better collaboration among the companies who shape the network. Why was that important in the early 2000s, and what is its relevance today?

For the Internet to become affordable for the masses it was essential for it to adopt the best technologies at the lowest possible cost. Open standards meant lower royalty costs and broader participation from a larger ecosystem. Open standards are the most effective mechanism for preventing tech monopolies, which seldom lead to enduring, positive social impact. For society to thrive, we need to level the playing field so that companies can compete and collaborate to make solutions delivered through technology as affordable as possible.

In the early 2000s, there was a race to own as much intellectual property as possible, and to take the largest share of the Internet economy. Companies with more capital could influence the direction of technology away from what was best for the global population and direct it to what was best for their shareholders. Open standards were essential to make sure that we could collaboratively develop technologies aligned for the collective social good.

5. Tell us about the technological contributions made at mimik. Why are they important to modern-day consumers?

It will reduce the cost of developing and maintaining applications, will make us less dependent on network infrastructure, reduce latency, reduce carbon footprint, and provide individuals greater control over their data. It has been a challenging but extremely rewarding endeavor for me, my colleagues at mimik, and our partners because it will ultimately help make the Internet more private, affordable, and green for everyone.

6. Your career has recently focused on fixing what you call the broken business model, which prioritizes advertisers and clickbait over the needs and best interests of the user. Why are you passionate about this?

I think it is becoming increasingly clear that the ad-driven business model of the Internet has led to serious, negative social impact. The current prevalent model recommends content and connections to people based on their past activities, with the goal of grabbing more eyeballs and clicks, which in turn sells more ads. On the surface, this appears harmless. After all, what is wrong with recommending content that people like? Feeding people what they like is very customer-centric!

The problem is that if you’re naive or less informed on a subject, these platforms can feed you disinformation, conspiracy theories, and reactionary content. They can connect you with sources of disinformation and all kinds of manipulation (psychological, social, political, economic). For instance, ISIS recruited over 30,000 young people from western countries to go and fight in Syria and Iraq mostly through social media channels. We witnessed the Rohingya genocide in Myanmar, the January 6th insurrection in the U.S., the rapid growth of right-wing militia movements in the U.S., and rising activity from fascists and neo-Nazis globally. Even health issues and vaccinations have become politicized, with tens of thousands of people dying from Covid because they refused to take a vaccine.

On a more local and individual level, social media bullying, shaming, and peer pressure have led to an increase in teen suicides and depression. We need to put our minds together and make sure that we stop the Internet from becoming a source of disinformation and social manipulation. I’m by no means suggesting that we limit freedom of speech, but we should at least help people distinguish facts and science from opinions and beliefs. As the philosopher Jiddu Krishnamurti eloquently said: “Belief comes from fear and is the most destructive thing.” If the Internet continues to become the loudspeaker and propagator of “beliefs,” we will face massive social problems: tribalism, division, civil wars, and even the destruction of society as we know it.

7. You have a history of activism in the struggle for human rights. How has that perspective informed your work and vice versa?

I have never seen the two as separate. I have not engaged in any work that I didn’t deem to have a positive social impact and would ultimately progress our historic struggle for social justice, equality, and freedom.

8. As a Marconi Fellow, you join a cohort of innovators who created the connected world. What does that mean to you?

It means the world to me to be part of such an amazing group of individuals with a clear mission to bring equal access and opportunity to everyone on the planet. As bleak as the current situation may look, we have made significant progress on all levels, fighting discrimination, saving our environment, and protecting our personal freedoms. Communications technology has helped to significantly advance the agenda in all of these areas, and the Marconi Fellows have been leading the charge.

I feel honored and excited for the opportunity to work more closely with these leaders to ensure that we continue to bring about enduring positive social impact using technology as a tool for social progress.